Why showing up matters: Reminders from Dickson County

Some lessons are tough.  On Monday in Dickson County we were reminded of why showing up matters . 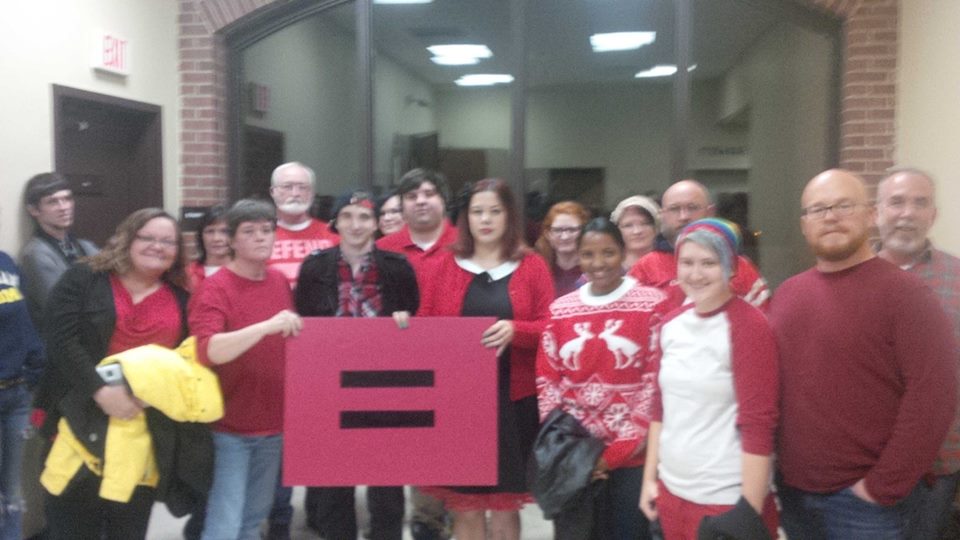 County Commission unanimously voted to put an anti-marriage equality resolution on their agenda at the January 19 meeting.

As the picture shows, we had a good crowd of equality advocates in red, but the other side had 4 times our numbers AND they showed up early and took up all the seats.

The night wasn't a total loss.  I believe that was the largest gathering of equality advocates at a public meeting in Dickson County history and it was great for the public to see representatives of our perspective.  Despite the fact that we lost and were outnumbered, we are now visible in Dickson County, and LGBT people and allies are fired up to be a presence at the January 19 meeting.

Just like in voting, turnout in advocacy is key.  Win or lose, we're going to keep turning out.

Here are opportunities for you to be a visible presence for equality: