What difference does ministry make?

What difference does ministry make?  For many, none.  They're not part of so-called organized religion and wish it would go away.

I'm happy to be challenged on this point, but I suspect most people in Tennessee at some point in their lives come into the 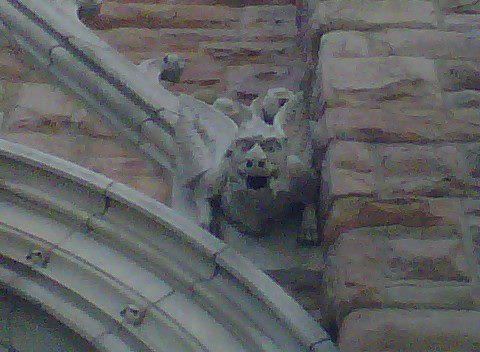 orbit of ministry and are affected by it.  It may shape their thinking about issues.  It may have saved them from going hungry or being without shelter.

Ministry affects those who aren't religious:  Even those who are not members of congregations are often affected by ministry.  Ministry influences public policy and public policy affects all of us--programs for the poor, Bible bills, abortion regulations, anti-transgender bathroom bills, human trafficking legislation, and many other issues are shaped by the quality and quantity of ministry in a particular state or jurisdiction.

Thinking about interpretation is key:  Here's an example I used to give when I spoke to groups.  Why is it that a student in a senior English class in say, Polk County, is made to sweat bullets interpreting a poem written in American English in the 1950s, but later that night, her youth minister, who has no formal training, cracks open a letter attributed to St. Paul for which we have no original manuscript written in Greek almost 2000 years ago to new urban Christians and this youth minister somehow effortlessly creates life lessons for 21st-century rural Southern teenagers?

And yet that happens EVERY WEEK in Tennessee with thousands of people shaping their moral and political views. I could just as easily have chosen an example about sermons or any other kind of ministry, but you get the point.  People in Tennessee have been shaped to believe that it's hard to read a poem, but that anyone can interpret and apply the Bible.  And, gosh, people apply the strangest passages to the oddest issues.  Consider Rep. Eddie Smith's use of the Cain and Abel story to justify his position on guns.

LGBT people and our allies, religious or not, in particular have an interest in the quality of ministry in our state because we are all too aware of the negative impact it has had on our community.  But the negative history is not the whole story, nor is it destiny.  Let's use our voices to make it better.