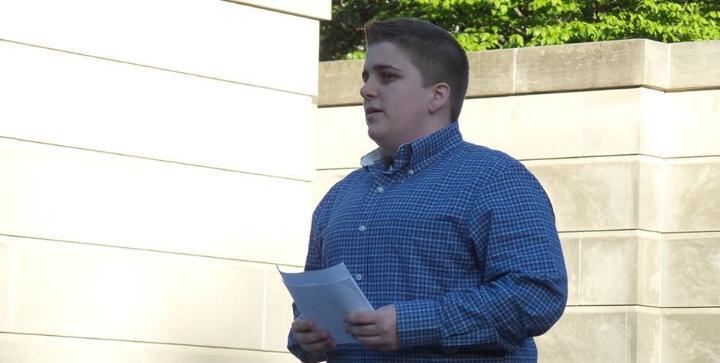 During the holiday season, a Republican representative from my hometown was hinting at proposing an anti-trans bathroom bill. In response, I emailed him and we met for coffee the day after Christmas. He saw me for who I was and he respected that. For the first time, he sat down with a transgender man and heard the other side of the story. After meeting up several times, he completely backed away from the anti-trans bathroom bill and admitted that he had no idea of the hardships trans people face. He said that he would have never understood a trans person’s perspective if we hadn’t met for coffee. I understand that most politicians aren’t as open-minded as he was, but sometimes being visible and speaking up will open ones mind.

Shortly before this, I met up with my mayor regarding an LGBTQ rally. We spoke about having a rally at the courthouse in Murfreesboro and what legal steps I should take to be able to do so. Although he wasn’t open to the idea of an indoor rally, he said an outdoor rally would be appropriate. If I didn’t speak with him professionally and let my personal identity show, then I’m not sure if he would’ve been so receptive. When it comes to lawmakers and elected officials, sometimes they just need to see that you are a real person. The same goes for the pronoun issue at the University of Tennessee – Knoxville. When UTK’s Office for Diversity and Inclusion posted a gender-neutral pronoun chart, our lawmakers immediately jumped on it. Without hesitation, I went to Legislative Plaza and met with a few senators who would be hearing the issue. Although their minds didn’t instantly change, they were open to discussing the issue and learning more about it and offered to meet with me later in the week. Engaging with elected officials is important and being visible can make a difference politically.