Rep. Mark Pody has filed a last-hour amendment to the TN Natural Marriage Defense Act (SB752/HB892), which will be heard in the House Civil Justice Subcommittee on Wednesday of this week.

You can see photos of the amendment at the end of this post.  We apologize for the light print that emerges in the photos.

Rep. Pody is basically arguing that Tennessee hasn't really received a final order on some marriage issues, issues he thinks weren't really addressed in Obergefell.  So until Tennessee gets a final order, (a) the public policy of the state is that marriage is between one man and one woman and (b) the state will defend any local officials who go against Obergefell.

If passed and signed into law, it would take effect immediately.

Implications:  The bill, if it gets amended, still interrupts marriage equality and the lives of families and has the potential to result in the massive costs outlined in the fiscal note.  It would also, of course, result in massive boycotts against the state resulting in millions of dollars in lost tourism and economic development.

And it creates legal chaos, resulting in random local elected officials around the state taking matters into their own hands in denying marriage licenses or refusing to recognize the marriages of existing couples.

Take action:  Calls the members of the subcommittee with this message:

"Representative _________, please, vote NO on House Bill 892 when it comes up in the Civil Justice Subcommittee.  Even with the amendment, it disrupts families and it will result in massive legal costs for the state and a loss of federal funds for vital programs. Thank you for considering my views." 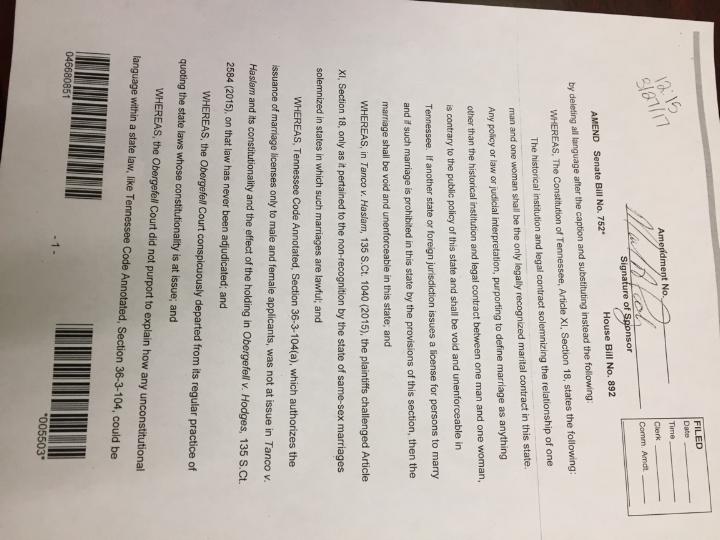 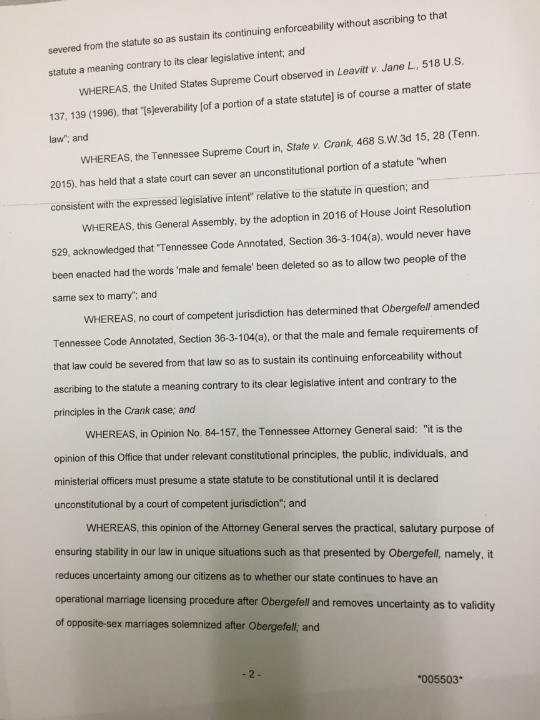 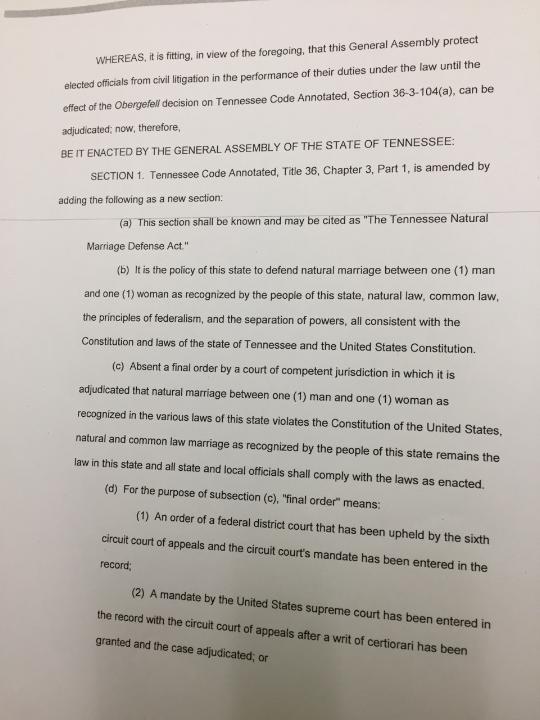 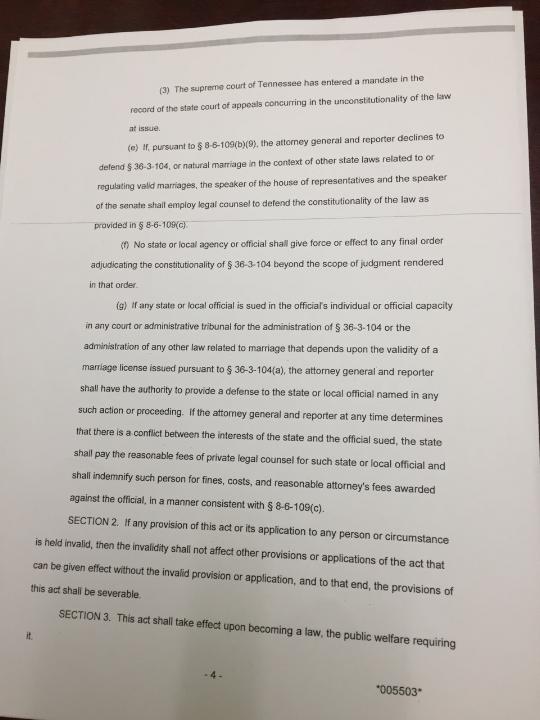