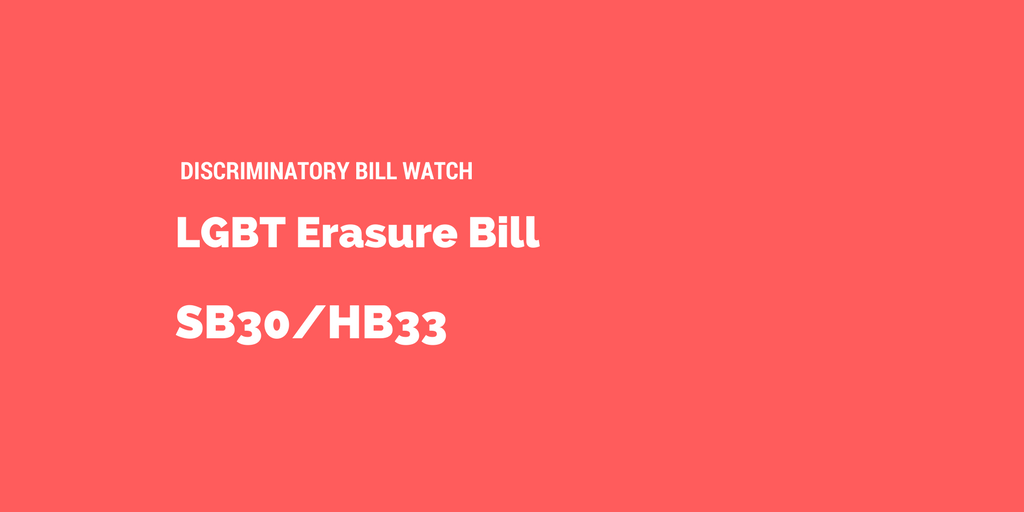 As we reported at 4:00 p.m. Central Time in the Tennessee Equality Project Facebook group, thanks to a tip from a friend in the Tennessee House, Rep. John Ragan filed HB33 today.  The companion bill in the Senate is SB30 by Sen. Janice Bowling.

Here's what it does, according to the Legislature's website:

As introduced, requires that the words "husband," "wife," "mother," and "father" be given their natural and ordinary meaning, without forced or subtle construction that would limit or extend the meaning of the language and that are based on the biological distinctions between men and women, except when a contrary intention is clearly manifest. - Amends TCA Title 1, Chapter 3.

Such a bill would cause problems for same-sex parents, same-sex couples adopting children, and transgender and gender non-conforming people--basically anyone who doesn't fit more traditional meanings of husband, wife, mother, or father in a variety of situations in which the words are used in the law.  The bill at worst erases our community and at best makes life difficult as we attempt to live our true gender identities and have our family relationships recognized.

It is similar to a bill that was filed last year, but never really acted on.

Many will remember Rep. Ragan's involvement in the last gasp of the Don't Say Gay bill a few years ago.  You can find articles on that here.

Given the continuing wave of anti-LGBT legislation, we need your help now more than ever.  Please, consider attending one of the events at the link that includes Lobbying 101 sessions and Advancing Equality Days on the Hill.

Also consider signing up to make a small monthly investment in TEP's work at this link.