Against a resolution trying to tear down marriage during Valentine's week 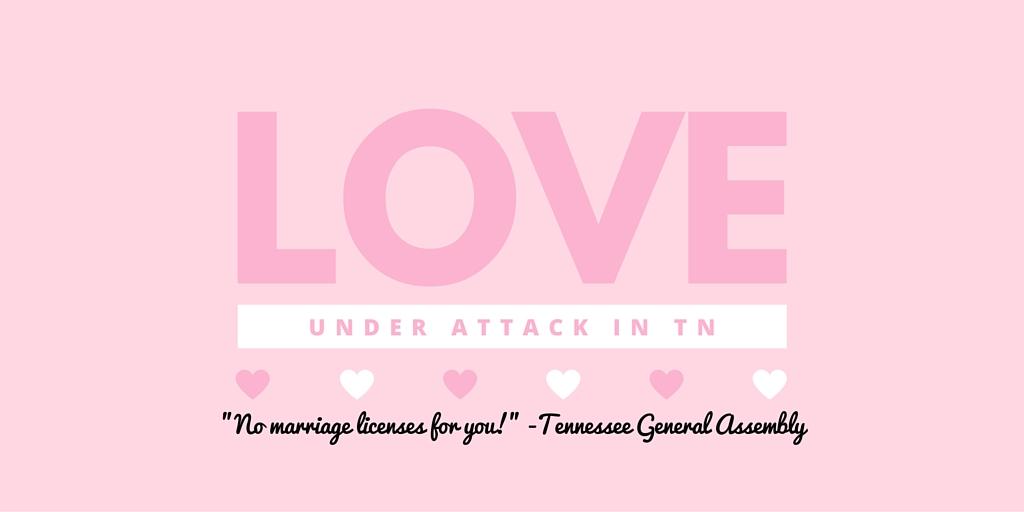 Can you believe that the Legislature is about to go on record supporting a lawsuit that asserts that Tennessee can no longer provide ANY marriage licenses because of the Obergefell v. Hodges Supreme Court ruling?

HJR529 by Rep. Lynn passed 3 to 2 in the House Civil Justice Subcommittee last week.  The resolution is being amended on Tuesday to shift from a simple protest against the Supreme Court ruling to an endorsement of the Family Action Council's lawsuit against the Williamson and Bradley County Clerks to try to get them and then the whole state to stop issuing marriage licenses.

Why does that sound strangely familiar?  Maybe it contains echoes of the original Valentine's Day legend:

The emperor had to maintain a strong army, but was having a difficult time getting soldiers to join his military leagues. Claudius believed that Roman men were unwilling to join the army because of their strong attachment to their wives and families.

To get rid of the problem, Claudius banned all marriages and engagements in Rome. Valentine, realizing the injustice of the decree, defied Claudius and continued to perform marriages for young lovers in secret.

I'm not sure whether Rep. Lynn is playing the role of Emperor Claudius or what, but it's really odd when pro-family folks try to prevent everyone from getting married JUST to get back at same-sex couples trying to get married.

While many legislators WILL vote for the resolution, and we expect it to pass, I hope some of them will stop and think what they 're doing.

They are saying it's OK to throw everyone's marriage (who was married on or after June 26) into chaos.  They are endorsing an effort that pesters the clerks and people of Williamson and Bradley Counties by taking up staff time and resources and possibly costing them legal fees as well.

You can find all the members of the House Civil Justice Committee here, wish them a happy Valentine's Day, and urge them to vote NO on HJR529 on Tuesday.

And you can join us in RED on Tuesday at Legislative Plaza to oppose this ridiculous resolution.