Champions of Equality will be recognized at TEP Gumbo Contest 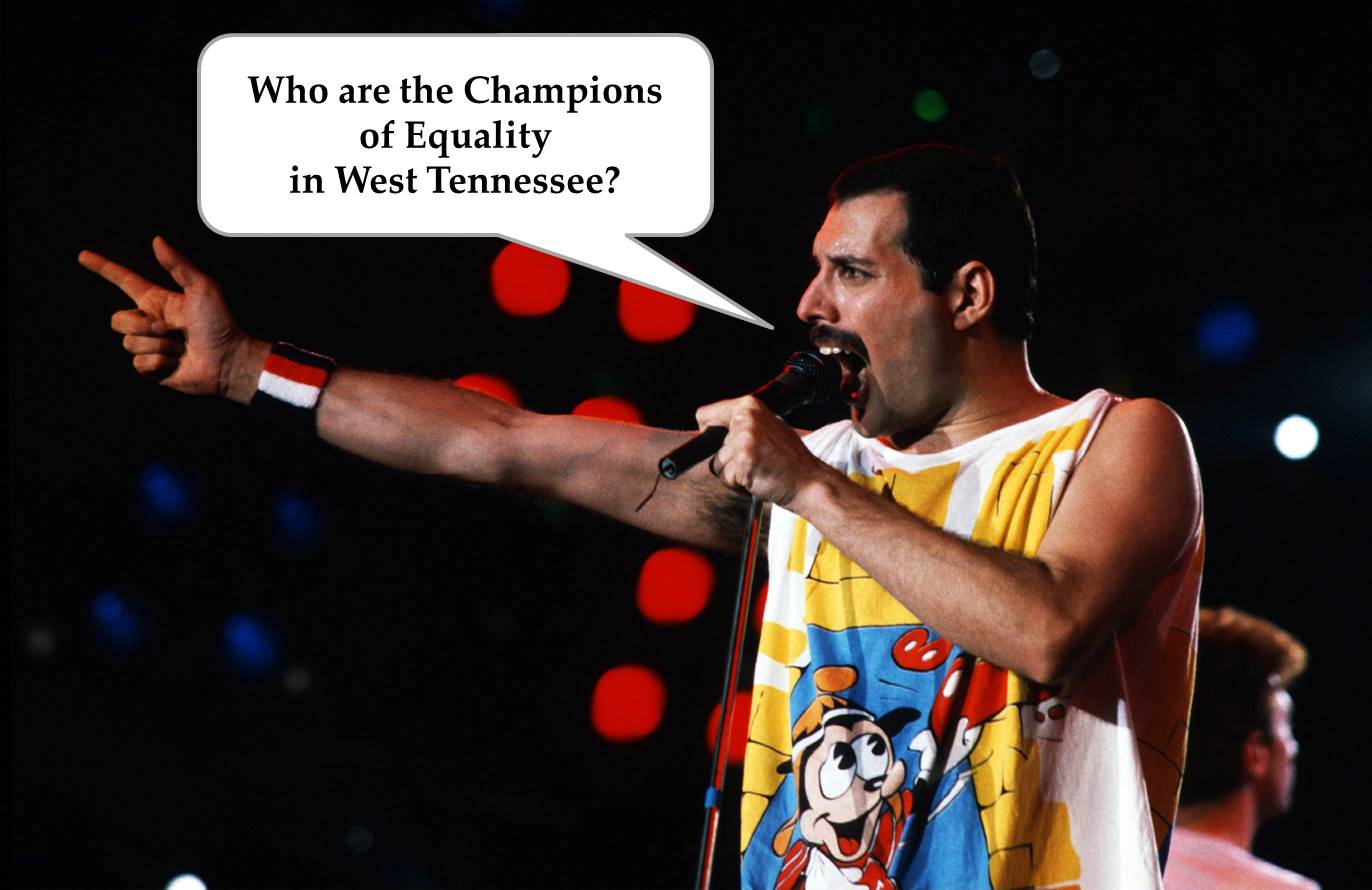 Tennessee Equality Project will recognize two Champions of Equality from Shelby County at the TEP Gumbo Contest and Mardi Gras Party on January 24, 2016 at the Bridges Center in Downtown Memphis. These champions effected positive policy changes to bring equality and fairness to their communities in Tennessee.

Maureen Holland, Attorney at Law, represented former Memphians Ijpe Dekoe and Thom Kostura in the Tennessee marriage lawsuit (Tanco v. Haslam) heard by the Supreme Court of the United States with other similar lawsuits from the Sixth Circuit Court of Appeals. Holland worked with the National Center for Lesbian Rights, Attorney Abby Rubenfeld of Nashville and other attorneys to bring the case for marriage equality to the highest court in the country. She also devoted significant personal time to discussing the case before and after the SCOTUS decision with the public and local media. The Obergefell v. Hodges decision by SCOTUS in June of 2015 legalized recognition of marriage for same-sex couples in Tennessee and all other states in the country.

The Mid-South Peace and Justice Center

The Mid-South Peace and Justice Center shall receive recognition for its campaign to promote greater powers for the Civilian Law Enforcement Review Board (CLERB) to review cases of police misconduct in Memphis. In 2008, 14 years after CLERB was established, video evidence emerged capturing the savage beating of Duanna Johnson, a transgender woman, in custody at the time, by Memphis Police Department officers. The incident prompted Memphis City Councilwoman Janis Fullilove to introduce a resolution calling for an audit of all MPD Internal Affairs and CLERB procedures. The audit revealed a number of systemic flaws that rendered CLERB unable to function as an independent investigative agency. CLERB had “no teeth or authority to effectuate change.” After the CLERB audit, the Mid-South Peace and Justice Center successfully led a coalition of supporters to give teeth and authority to CLERB. The ordinance enacted in November of 2015 by the Memphis City Council gives the board the ability to subpoena officers and documents through a Memphis City Council liaison, allows the board to hire an investigator, and establishes an administrator to oversee investigations into alleged police misconduct. The new CLERB gives all residents of Memphis a stronger process for reviewing incidents of police misconduct.

Please join us in honoring these distinguished Champions of Equality at the TEP Gumbo Contest and Mardi Gras Party on Sunday, January 24, 2016 from 4:30 to 7 PM at the Bridges Center in Downtown Memphis. Tickets may be purchased online or at the door on the day of the event ($25 for ages 21+ and $15 for under 21).

For more information about the TEP Gumbo Contest or the Champions of Equality, contact Jonathan Cole at 901-301-3306 or [email protected]