Shifting the discussion about religion and discrimination 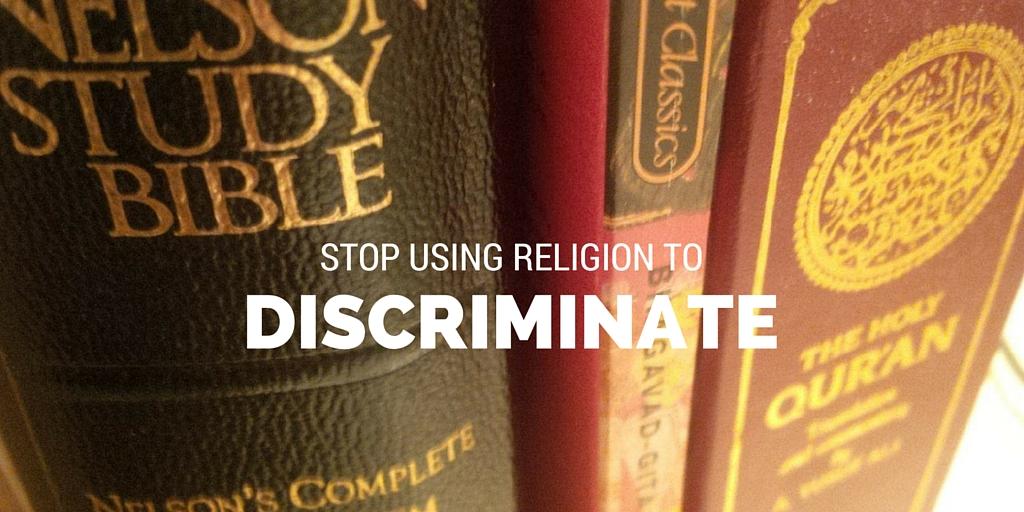 Separation of Church and state--it's a time honored phrase or at least a paraphrase that comes from the founders of our country.

Many of us like the phrase because it is the right idea, indeed, the correct interpretation of the law, but it doesn't do the work we need it to do in a state like Tennessee.

Many social conservatives know that the phrase never appears in the Constitution itself.  They also know that some states had established religions into the 19th Century.  Yes, Massachusetts had state supported religion until 1833!  And in Tennessee many of them also know that over 50% of the population is Evangelical Protestant.  On top of that, I think what religious social conservatives hear when we say "separation of Church and state" is that we're trying to keep Christians out of politics.

And maybe some people do wish that.  What I hope we mean when we use the phrase is that we oppose enshrining a particular/majority religion or any religion in law.  I hope we mean that law ought to be based on a sense of the common good and the practical needs of the people based on reason and evidence.  And how about science, too!

Here's the fact we have to contend with.  If you believe in democracy, that means that in Tennessee Evangelical Protestants ARE going to shape the laws of this state.  There's just no avoiding it.  There are thankfully constitutional limits, but the influence is going to be there for quite some time.

Our task is to shift the discussion to the use of religion to promote discrimination.  That strikes me as something that people who are religious and non-religious can talk about together.  The lawyers and the judges can and should guide us on the boundaries between religion and government.  But we can all, whether we're specialists or not, talk more about the place of discrimination in religion.

I don't think we have to accept the phrase "That's just what I believe" when it comes to using religion to justify discrimination in the public square or in a private business.  When actions inspired by your religious beliefs have a public impact, then we actually have a duty to discuss it.

If you agree, consider endorsing the statement.

And if these issues interest you, consider checking out Jennifer Sheridan's new film project.