Help us address the opposition's false sense of persecution

Tennessee is making national headlines again and not for reasons that make us proud.

Rep. Rick Womick has been trying to get county clerks to ignore the Supreme Court's marriage ruling.  And yesterday national LGBT outlets picked up an open letter to the LGBT community in The Tennessean written by the pastor of the Inglewood Baptist Church in which he calls on Christians to "come out" and engage in civil disobedience if necessary.

In the subject line of the post, I purposefully noted that there is a "false" sense of persecution.  In the Supreme Court's marriage ruling, our opponents actually lose nothing, as Michelle Bliss, our former public policy chair recently noted to me.  Congregations aren't forced to marry any couple.  And by licensing the marriages of same-sex couples, county clerks are not depriving different-sex couples of their rights.

Nevertheless, the shrill cries of persecution continue.  Either these leaders really believe they are being persecuted because 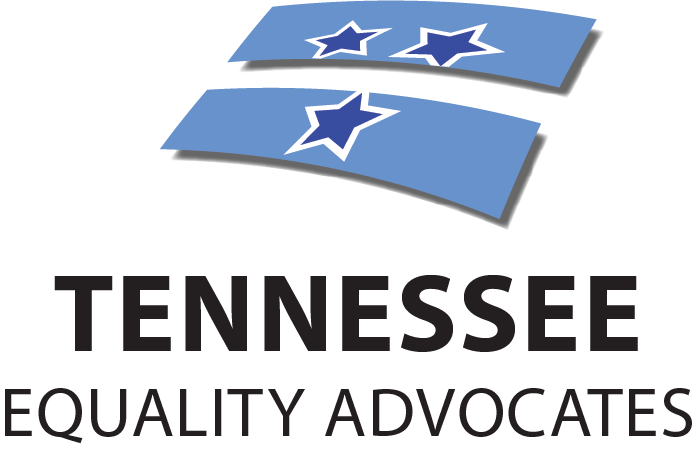 they don't understand the way the law works or they know better but are trying to manipulate the public.  In any event, the LGBT community and our allies have a problem.

Misinformation, whether through manipulation or ignorance, leads to bad lawmaking and hinders the kind of acceptance our community needs in order to be safe and to thrive.

In my position, I do what I can to provide accurate information about the Supreme Court's ruling and its impact, but it is absolutely critical that you do your part as well.  When you see or hear phrases like "the LGBT community is going to sue churches" or "the ruling means clergy are going to have to marry everyone now," you need to be clear that ministers and congregations still have their First Amendment rights and that the ruling only applies to state governments and their subdivisions such as county governments.

If you're receiving this email, this point is obvious to you.  You know what the ruling does and doesn't do.  But many of our neighbors don't.  And this misinformation is the source of many of the calls for "religious freedom" and making laws based on "sincerely held religious beliefs" that bleed over into areas of law where they don't belong.

That's it.  That's all I'm asking you to do today--correct misinformation.  I'm not asking you to give or to volunteer in any formal role.  Calmly and rationally help your neighbors understand what's really at stake in the marriage ruling.  We can't stop Rep. Womick and the pastor of Inglewood Baptist Church from trying to whip people into a frenzy.  But we can talk to the same people whom they think of as their audience and provide a clearer understanding.

I believe in those conversations and I hope you do, too.