Based on an email from Commissioner Tim Goodroe, I am sad to report that the Fayette County Commission passed a resolution calling on state officials to defy 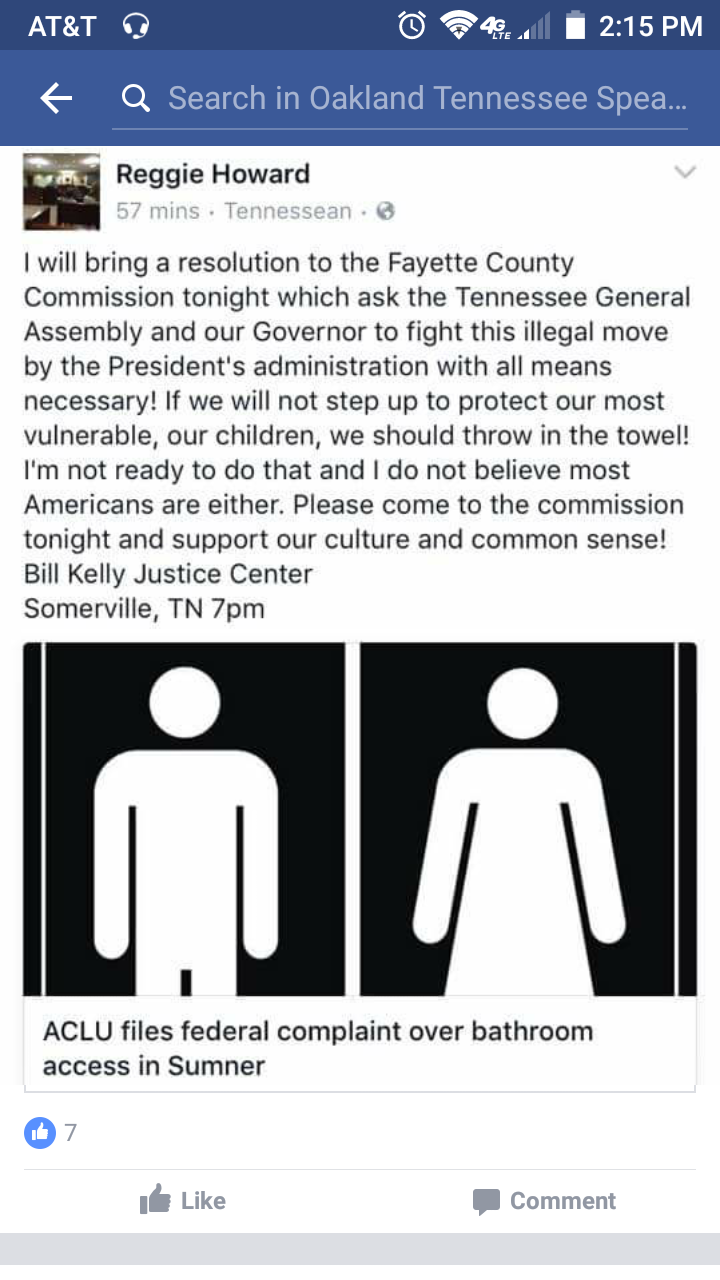 President Obama's guidance on the civil rights of transgender students.  The measure passed 17 to 0 with one member of the Commission passing/not voting.

The resolution was brought by Commissioner Reggie Howard.

TEP just learned about the resolution this morning from a concerned citizen and we began contacting county officials to learn more and attempt to get the Commission to change course.

"The Tennessee Equality Project condemns the action of the Fayette County Commission.  The resolution was not on the agenda for tonight's meeting so the public had no time to respond.  The resolution falsely assumes that transgender students are a threat and that bathroom policies are a major factor in the safety of women and girls.  The resolution fails completely in this respect.  The commission's duty is to fund education in the county and commissioners take an oath to uphold the Constitution of the United States.  Instead, tonight a majority of the Commission voted for defiance and against some of their own citizens."

If your local government is considering a similar resolution, contact us at [email protected] .

If you would like to invest in our work of fighting discrimination, you can give at the link.