Meet the Judges of the TEP Gumbo Contest 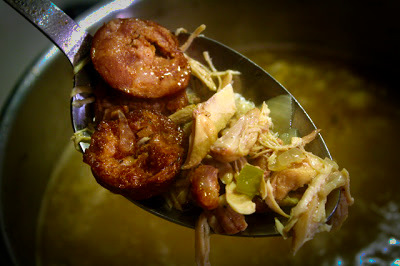 Tennessee Equality Project is pleased to announce the official panel of five judges for the Jan. 24, 2016 TEP Gumbo Contest at the Bridges Center in Downtown Memphis. Each year, the panel is selected to include a mix of individuals who make or influence public policy or make or report on delicious food. The 2016 Judges Panel includes:

State Representative Antonio "2 Shay" Parkinson. Rep. Parkinson grew up in Louisiana, but now calls Memphis home. He currently represents the people of North Memphis and Raleigh in House District 98 in the Tennessee General Assembly. Parkinson is a firefighter with Shelby County and is a retired US marine and Desert Storm veteran. Read more about Rep. Parkinson on his home page.

Councilwoman Jamita Swearengen. Councilwoman Swearengen is the newly elected representative of Memphis City Council District 4 (Cooper Young, Glenview, Orange Mound and South Memphis). She was endorsed by TEP PAC in the 2015 city election. Swearengen is a Behavior Specialist with Shelby County Schools. Read more about Swearengen in her candidate profile from The Memphis Commercial Appeal.

Chef Gary Williams. Chef Gary is the owner and head chef of DeJaVu Restaurant and Cafe La Roux in Memphis. Williams, a native of New Orleans, began offering Creole soul food and other vegetarian and vegan foods when he opened DeJaVu Restaurant in Memphis following Hurricane Katrina. Chef Gary judged the very first TEP Gumbo Contest and we welcome his return. Read more about his recent efforts in The Memphis Flyer.

Chef Octavia Young. Ms. Young is the chef and co-owner of Midtown Crossing Grill in Crosstown. She opened Midtown Crossing a few years ago after Harrah's Casino closed in Tunica. Read more about her in The Memphis Flyer.

To register your gumbo team, visit the main event page.